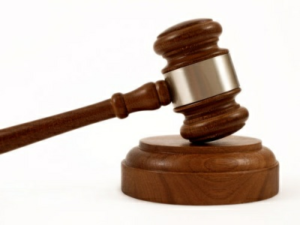 Ashley Pate, a former Crime Scene Specialist with the Citrus County Sheriff’s Office, was sentenced today after being convicted of sharing confidential information with someone outside the agency.

She appeared this afternoon before the Hon. Richard A. Howard, Administrative Judge,

She was sentenced to one-year of community control and one-year standard probation to be served consecutively. Judge Howard reflected on Pate’s career and letters of support from various community members prior to rendering his decision.

After the sentencing, Sheriff Mike Predergast said, “I’ve said it before and I’ll say it again, Ashley Pate’s actions were illegal, immoral, unethical, and reckless. “She carelessly divulged confidential information that risked the lives of our law enforcement family, compromised the integrity of our criminal investigations and willingly aided criminal activity in our community.

“Today, after carefully considering the nature of the crime and the pre-sentencing investigation report, Judge Howard delivered justice.”

Pate was arrested on July 27, 2018, after CCSO detectives obtained a warrant for the former crime scene specialist’s arrest for one count of disclosure or use of confidential criminal justice information. Pate had been employed with CCSO since December of 2007 but was terminated from the Sheriff’s Office on Friday, July 13, 2018, after an investigation revealed she had violated five agency policies including:

The Citrus County Sheriff’s Office does not tolerate any type of criminal activity by employees, Sheriff Prendergast said, especially anything that jeopardizes the safety of our law enforcement officers or the integrity of what this agency has stood for over the past 131 years.

“Our deputies risk their lives every day to protect the citizens of Citrus County and will continue to do so upholding our core values: Integrity, Service above Self, and Loyalty Above All.”