Healthcare looks to be wave of the future in jobs 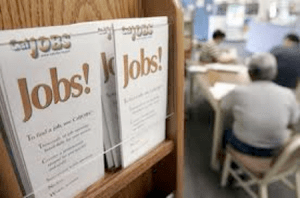 OCALA, Fla. (Jan. 2, 2018) – Eight of the 10 fastest-growing occupations through 2025 for the CareerSource Citrus Levy Marion region are in the healthcare industry.

All but one of the Top 10 requires formal postsecondary education or training, ranging from non-degree awards to master’s, doctoral or professional degrees.

According to the Florida Department of Economic Opportunities’ annual release of occupation projections, the region’s fastest-growing position is nurse practitioner, with a growth rate of 39 percent and median hourly wage of $45.16.

Adrienne Johnston, chief of DEO’s Bureau of Labor Statistics, said that “estimating employment projections over the next eight years is necessary for our state to provide the training and resources needed to ensure Florida’s workforce is prepared to fulfill our occupational demands.”

Fence erectors, which tied with forensic science technicians for the 10th fastest-growing occupation in the region, is the only occupation on the list that does not require a formal educational credential.

Rounding out the top 10 are secretaries other than legal, medical and executive (+406); construction workers (+387); receptionists and information clerks (+353); landscaping and grounds keeping (+351); and general office clerks (+316).

Three positions do not require a credential, three require a high school diploma, three require a postsecondary non-degree award and one requires an Associate’s degree. The median hourly wages range from $9.38 an hour for fast food workers to $29.12 an hour for RNs. The average median wage is $13.66 an hour.

Rusty Skinner, CareerSource CLM’s chief executive officer, said that one takeaway from the latest projections is that for both the fastest-growing occupations and those gaining the most new jobs, compensation is commensurate with training or education.

“It’s a drum we’ve been beating for years; it’s clear you don’t need a four-year, liberal arts degree to succeed, but it’s also clear that greater career opportunity and better wages go hand-in-hand with the right kind of postsecondary training needed for the position,” he said.

Here’s how the average median wages stack up at each education level among the Top 10 fastest-growing occupations and those gaining the most new jobs:

Skinner said that DEO’s occupation projections also help CareerSource CLM and its affiliate Talent Center at the College of Central Florida hone in on the  workforce needs of in-demand industries by assisting businesses recruit and hire candidates and train and retain staff. At the same time, training assistance is available for candidates interested in targeted occupations.

“Right now, the economic drivers for our communities are healthcare, transportation and logistics, IT, manufacturing and construction,” he said. “We have myriad programs that help businesses meet their needs, including On-the-Job Training grants, paid adult internships, work experience trainee programs, and custom business training opportunities.”

The new projections were calculated using the “separation method” which differentiates between those leaving the labor force entirely and those who are permanently leaving an occupation to enter a new field.

DEO’s Johnston said that the old method of projecting openings undercounted the total jobs in an occupation because it was based exclusively on those exiting the labor force.

“It was indirect at best … and slow in responding to changes,” she said, adding that the new method used for the 2017-2025 outlook is regression-based and “statistically more robust because it incorporates demographic variables and other employment projections data.”