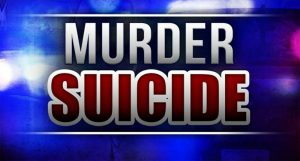 The Sheriff’s Office said on Sunday that detectives were dispatched just before 11 a.m. on Saturday to a home in Homosassa in reference to a well-being check.

Upon arrival, deputies found two deceased people inside a bedroom with gunshot wounds.

After further investigation, Major Crimes detectives said it appears to be a murder-suicide involving a female victim, Erin Cain Prost, 42, from Homosassa and a male suspect, Bruce Leonard, 31, also from Homosassa.

The medical examiner’s office will determine the exact cause of death, the Sheriff’s Office said.