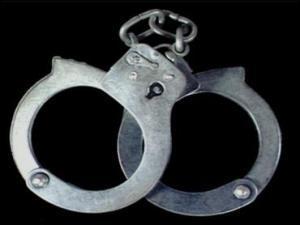 OCALA — Senior United States District Judge Gregory A. Presnell has sentenced Darrell Pierre Hopkins (54, Dunnellon) to 24 months in federal prison for making a materially false statement in connection with the purchase of firearms and knowingly causing a licensed gun dealer to maintain false information in its official records. Hopkins entered a guilty plea to the charges on February 2, 2022.

According to the evidence introduced in court, on or about November 23, 2021, Hopkins entered a federally licensed firearm dealer in Crystal River and attempted to purchase two handguns. While completing the mandatory firearm transaction paperwork, Hopkins certified that he had not previously been convicted of a felony. A criminal background check, however, revealed that Hopkins had been previously convicted of robbery, conspiracy to deal cocaine, and intimidation. His purchase was denied. When subsequently confronted by law enforcement, Hopkins admitted that he was the person who had attempted to unlawfully purchase the firearms. As a convicted felon, Hopkins is prohibited from possessing firearms or ammunition under federal law.

This case is being prosecuted as part of the joint federal, state, and local Project Safe Neighborhoods (PSN) Program, the centerpiece of the Department of Justice’s violent crime reduction efforts. PSN is an evidence-based program proven to be effective at reducing violent crime. Through PSN, a broad spectrum of stakeholders work together to identify the most pressing violent crime problems in the community and develop comprehensive solutions to address them.  As part of this strategy, PSN focuses enforcement efforts on the most violent offenders and partners with locally based prevention and reentry programs for lasting reductions in crime.

This case was investigated by the Citrus County Sheriff’s Office, the Florida Department of Law Enforcement, and the Bureau of Alcohol, Tobacco, Firearms and Explosives. It was prosecuted by Assistant United States Attorney Robert E. Bodnar, Jr.

President Biden got a fresh jolt of political pain on Thursday with the release of new data showing inflation reaching a 40-year high of 7.9 percent.

Citrus County felon gets 10 years for possession of firearms, ammo